Next up on our Thailand travels (you can see my first post on Bangkok here) was Khao Yai National Park, which is the third largest national park in Thailand. It’s about 3 hours away from Bangkok, so on our second day in Thailand we drove to the park using its taxi service, which was more reasonable than a lot of taxi companies around Bangkok.

We stayed just outside of the national park in the beautiful Botanica Khao Yai hotel, which had the most stunning views. We stayed there for two nights; arriving on the Sunday and leaving on the Tuesday. 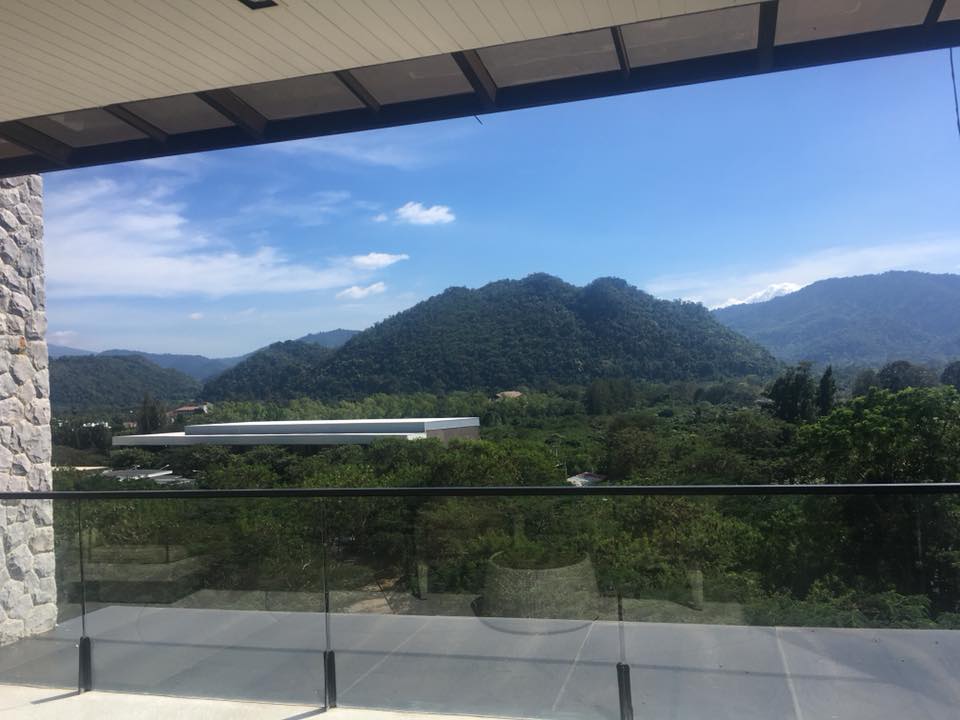 There are a lot of hotels in the area, so it’s worth doing your research, but Botanica’s architecture really makes the most of the views and our room was amazing, with tons of natural light and a great balcony with a bath on it that I was dying to try out. The only drawback was that it took a long time to fill up, but it was so relaxing with a nice glass of wine, admiring the views, and was totally worth the wait.

I absolutely loved this hotel, but the only downside was the restaurant there, Tempo, which seemed fine when we had lunch there, but when we had dinner there the next night, it was disappointing. There are lots of restaurants in the area, but most of them (particularly the higher rated ones) are a taxi ride away.

Anyway, back to our itinerary. After enjoying a very chilled afternoon wondering around the nearby Scenical World amusement park (which is quite small and was very quiet at the time), we headed to Tani Restaurant at the nearby Kirimaya hotel resort. We enjoyed some Japanese Teppanyaki food and some good wine. 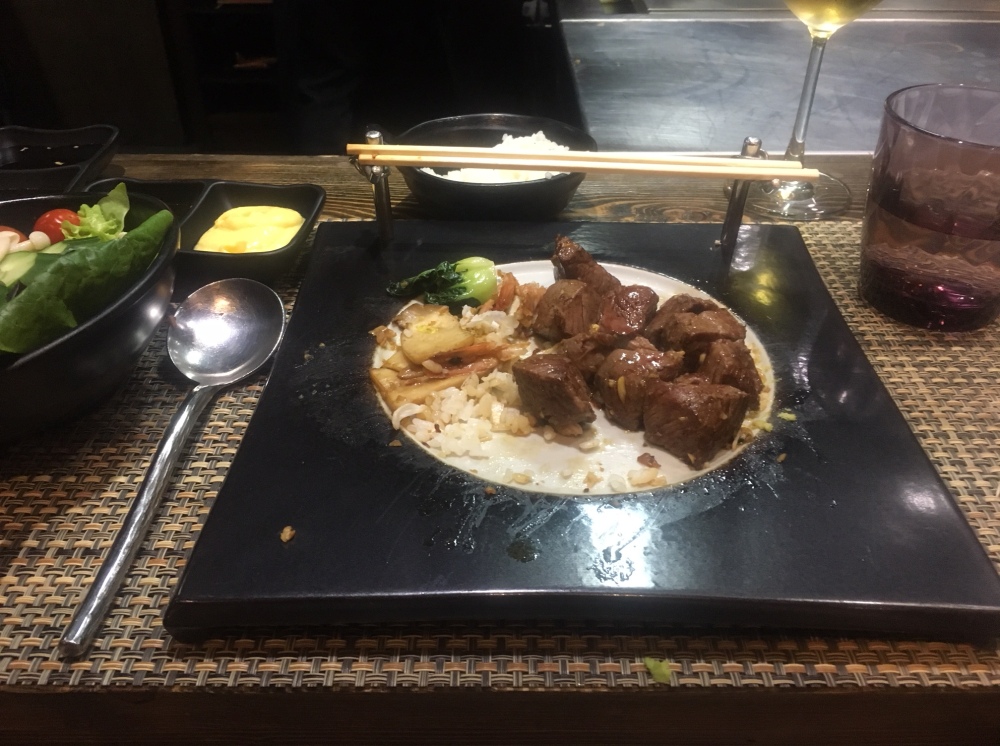 The next day we embarked on our guided tour of the park, which I booked through Greenleaf Tours. I did quite a lot of research on tours, and originally thought of booking directly through the national park, but the group tour prices vary depending on how many people book on to it; so if not many book it then you could end up paying quite a lot. It all worked out well though, as Greenleaf were brilliant.

We were picked up at our hotel at around 8:30am in an open-backed jeep to make the most of the views of the lush scenery, watching the little macaques scampering around at the sides of the road. 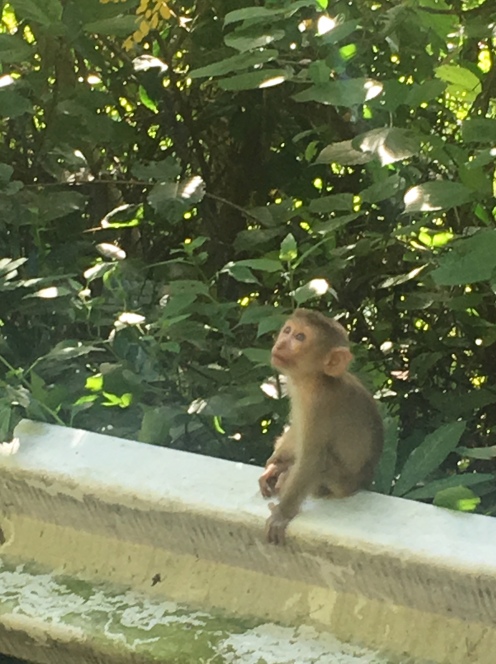 We drove for a couple of hours, stopping frequently to admire the incredible wildlife. The tour guides throughout the park were brilliant; if we passed groups that were clearly looking out for specific animals, they stopped us to show us what they had been looking at. Throughout our drive we saw tree snakes, macaques, gibbons swinging high up in the tree tops, a male elephant crashing around in the undergrowth, a turtle sunbathing and our guide showed us how to safely touch a scorpion, which was pretty scary but I felt very brave! 🙂 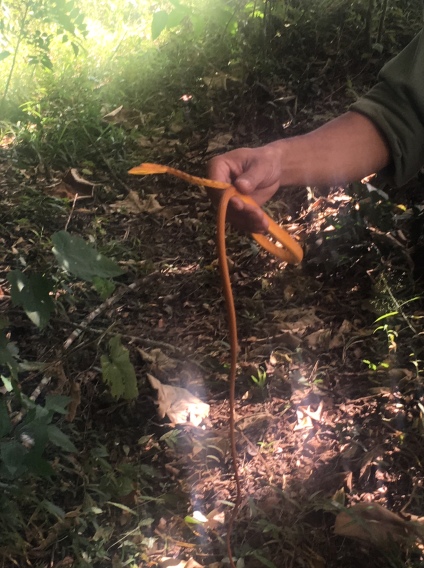 Our tour guide Lek was amazing; really knowledgeable and extremely passionate. He went to great lengths to point out animals to us and his high zoom camera lens was great for capturing photos of animals at over long distances.

The next part of our tour made us feel very intrepid: we trekked through the jungle for a few hours, where we made our way through the undergrowth, clambering along the paths and rocks and admiring the (majority of) the animals we spied, apart from the odd giant spider! One of my favourite animals we saw was a water dragon (bottom right photo below). 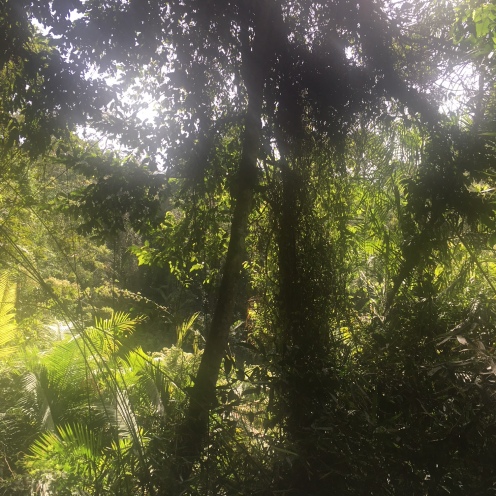 After our trek it was back in the jeep to drive to Haew Suwat Waterfall, which Leonardo Dicaprio jumped off in the film The Beach. I watched it before we went to Thailand, just to get an idea of some of the scenery I could expect to see – a brilliant film but it did creep me out! 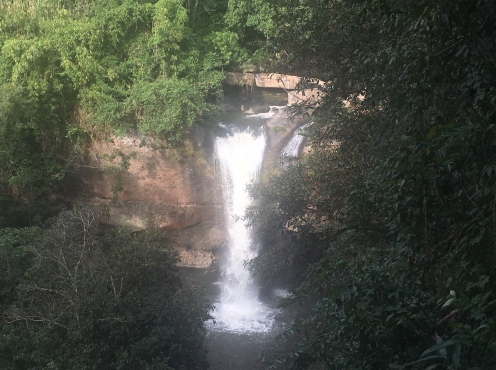 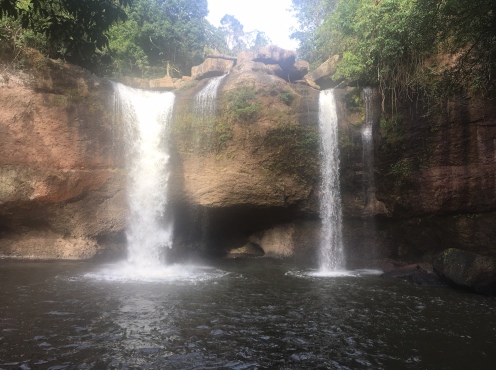 And last but not least, on our way back to our hotel we watched some beautiful Hornbills in the trees – a great end to a brilliant day. I would highly recommend a visit to Khao Yai National Park.

There are so many incredible animals to see, and the scenery is breathtaking. Greenleaf Tours couldn’t have been better or more helpful, although if you want to spend more than one day in the park it would be worth looking at the park’s official guided tours.
I hoped you all enjoyed this post, there will be more posts to come soon on the different parts of Thailand that we explored.