I have taken rather a long hiatus from writing blog posts due to work and studying, so I thought it would be good to kick off with a good ol’ holiday blog post. Sit down and make a cup of tea, this is quite a long one!

Three weeks ago we were in Sintra, which is a short drive away from Lisbon in the hills of the Serra de Sintra. The centre of Sintra is a Unesco World Heritage site dotted with
fairytale palaces and manors, and swathes of forest with views out to the ocean. It’s a town which used to be frequented by Portuguese royalty to escape the heat of Lisbon, and it’s absolutely beautiful. It seems that a lot of people go to Sintra for just a day when they’re staying in Lisbon, but there is so much to see – I would recommend spending at least three days there. I hope this post gives an insight into what to see and where to eat there. We knew that we wanted to be able to drive around a bit while in Sintra, so we hired a car which we picked up at Lisbon airport and then drove to Sintra, dropping the car off again at the airport on our way to Lisbon for the second leg of our holiday (there will be a separate post on that!).

Day 1, Sunday – We arrived in Sintra on a Sunday afternoon, and checked into our guesthouse, Oh Casa Sintra. It’s a lovely old house (built over 100 years ago) a short walk from the centre of Sintra, with a really charming and convivial atmosphere. The girls that work there are warm and friendly and just ask that you treat it like your home. Breakfast each day was amazing with pastries, eggs, meats, cheese, porridge – you name it, we had it! We wondered into the centre of Sintra and grabbed a bite to eat and a drink at
Café Saudade, a very cute and vintage café which also has a guesthouse attached to it. We carried on walking over to the National Palace of Sintra, catching a glimpse of the Castle of the Moors up in the tree tops. 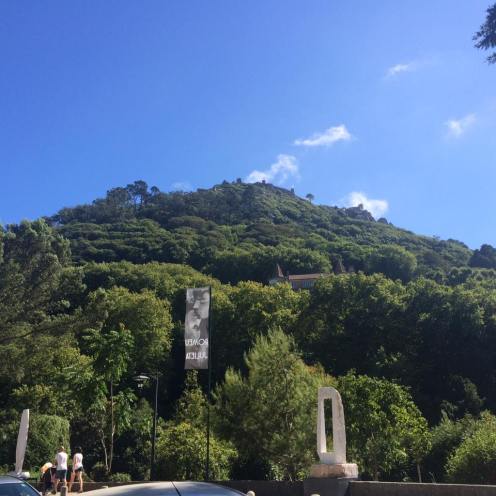 The National Palace of Sintra has its origins in the 11th century, but it has remained relatively similar since the 16th century. The huge cone-shaped chimneys in the kitchen give the palace its distinct look and inside the rooms are beautiful and ornate. 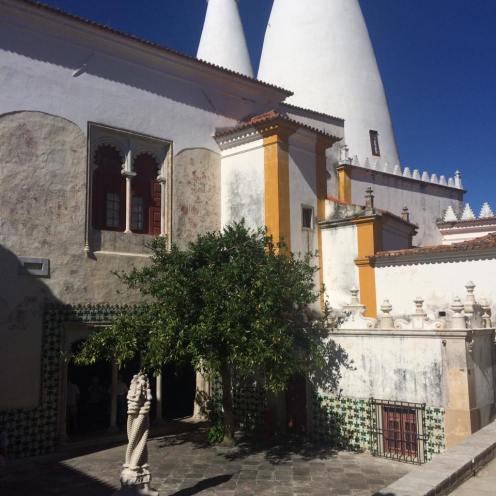 It’s easy to walk around Sintra and the views are so lovely, it’s worth taking your time and soaking it all in. We continued our wander up the hill to the Tivoli Seteais Palace – an 18th century palace which is now a beautiful hotel. We had a couple of drinks there; the cocktails are really good and it’s extremely tranquil. Sitting under the awning in the garden overlooking the forest and the ocean in the distance – and wishing we could swim in their beautiful swimming pool! It would be lovely to stay here but it is on the pricey side, so definitely a treat! More on this later, as we ended up back there again…

Our first day culminated in dinner at Incomum by Luis Santos, a really nice restaurant with great food and good wine. And a nice short stroll back to our guesthouse.

Day 2, Monday – We wanted to lie on the beach on our second day, and most museums and attractions are closed on Mondays, so we headed to Praia da Adraga which had been recommended to us, and is highly rated on many different websites. The sand is golden and the cliffs provide a lovely backdrop – but the sea can be very rough so you have to be careful not to go out too far. We got there mid-morning to make the most of our day; the weather started off cloudy and iffy, but after an hour or so it turned into a gloriously hot day. I would advise getting there before lunchtime, particularly if you drive there as the carpark gets a bit mental. There’s a lovely little restaurant on the beach called
Restaurante da Adraga which had also been recommended to us – it looks like a standard beach café from the outside, but inside it’s got a bit more character. It was really encouraging to see that most of the diners were Portuguese locals coming out for a family lunch. We weren’t disappointed as the food was incredible – wonderfully fresh seafood cooked very well. 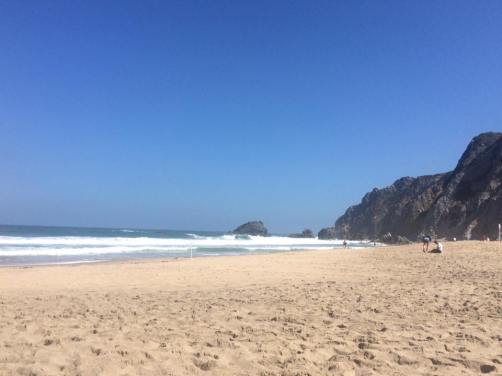 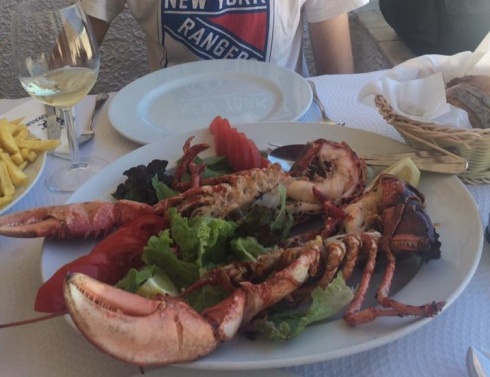 Dinner that evening was another seafood affair (one of Portugal’s specialties) at Azenhos do Mar Restaurante Piscinas, set into the cliffs of the seaside town of Azenhas do Mar, right on the beautiful beach with stunning views. It’s a bit outside of Sintra, about a 20 minute drive, so we took a taxi there so that we could both drink. I would advise going there to watch the sunset – it’s truly beautiful. The food was really good – I had scarlet shrimp with rice and I have honestly never seen shrimps like it – they were like small lobsters! The staff were very attentive and we realised that we like Port rather a lot! 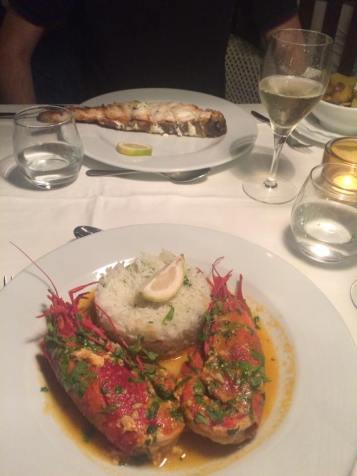 Day 3, Tuesday – Carrying on our exploration of Sintra, we headed to the Castle of the Moors in the morning. You could walk up there from the centre of Sintra, but as it’s set up in the hills of Serra de Sintra, it would take a while up the winding hills. There are regular buses that go up there and also to the other attractions, so we hopped on and marveled at how the driver navigated the tight winding bends!

Once up there, I felt like I was on top of the world. The Castle of the Moors is a medieval ruin that was established in the 9th century. Walking among the battlements and seeing the views over Sintra and the surrounding countryside is breathtaking, and was one of my favourite parts of the whole holiday. I love that you can see the Pena Palace (another beautiful attraction in Sintra), and when it’s shrouded by mist it really does feel ethereal.

After a couple of hours of scampering among the battlements, we headed over to the Pena Palace which is only a short walk away. Starting off as a chapel in the 12th century, the Palace was constructed in the 19th century and is a brilliant example of romanticism. It reminds me a little bit of Gaudi’s work with the bright colours, but it also looks like something out of a Disney film – so unique and wonderful. Inside, the rooms are just as lovely with exquisite tile-work and ornate furnishings. 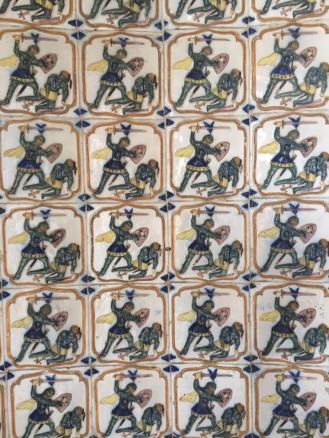 After a quick lunch in the Palace restaurant, we headed back down the hill towards the centre of Sintra via a hiking trail, feeling rather adventurous! We spent a couple of hours wondering round the grounds of the Quinta da Regaleira, a very unique and gothic-looking 20th century house with truly incredible gardens. It reminded me of something from Alice and Wonderland – filled with caves and secret passageways that lead you to a completely different part of the gardens. 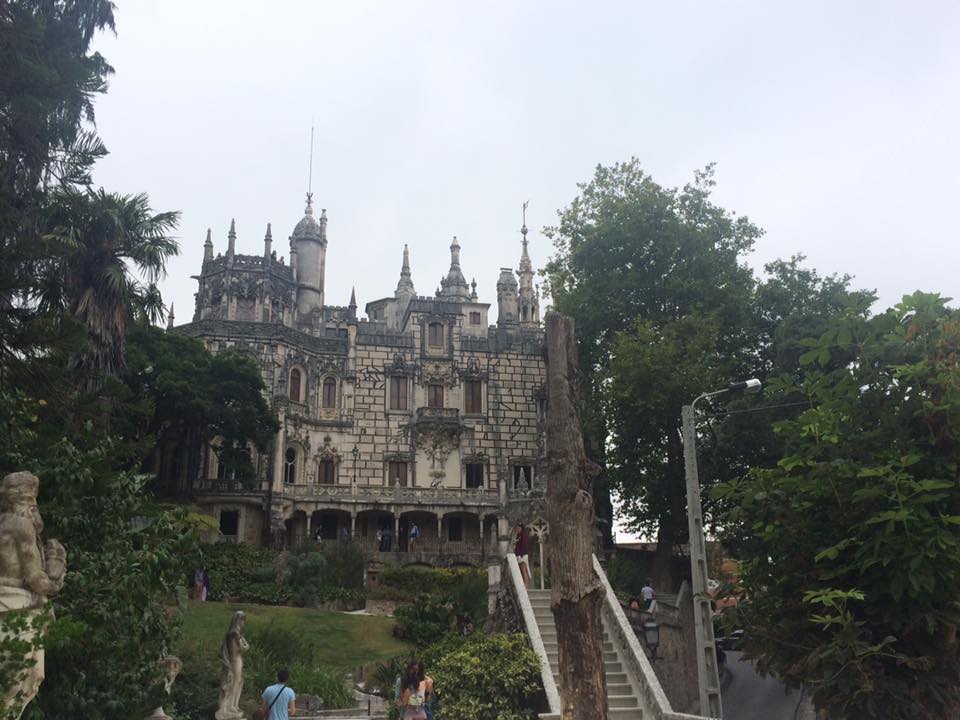 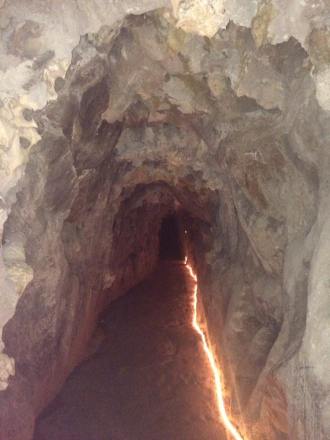 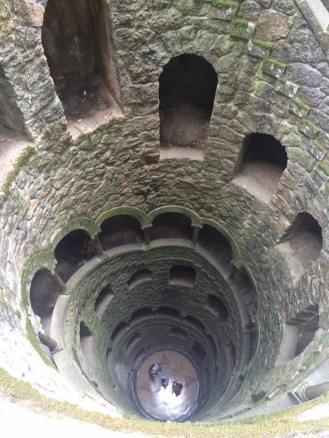 We couldn’t stay away from the Tivoli Seteais Palace so we put our gladrags on and had dinner there that evening. The interior of the hotel and the restaurant is quite regal and it definitely feels like you’re in an expensive restaurant! It was quiet in there that evening with only a few other diners, but the staff were lovely and the food and wine was great. The decor of some parts of the hotel that we saw seemed a bit outdated, but all in all it’s a lovely and elegant place and was a great experience. I would definitely go back there again.

Day 4, Wednesday – On our last full day in Sintra (sob!) we started off at the Monserrate Palace, another romantic building with gothic, Indian and Moorish influences, and a large garden with plants from all over the world. 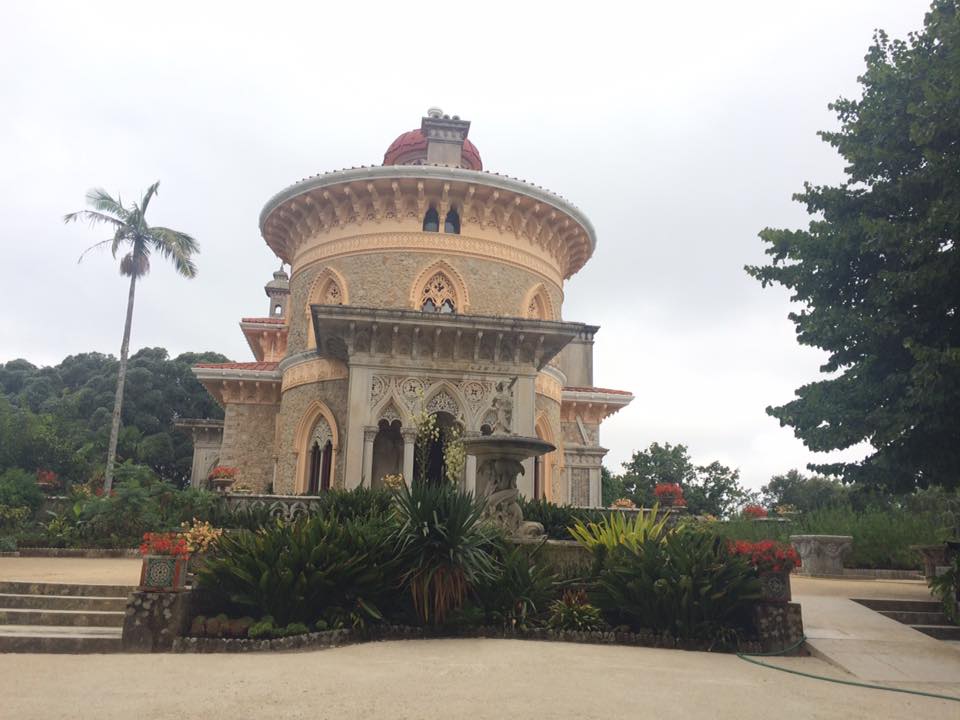 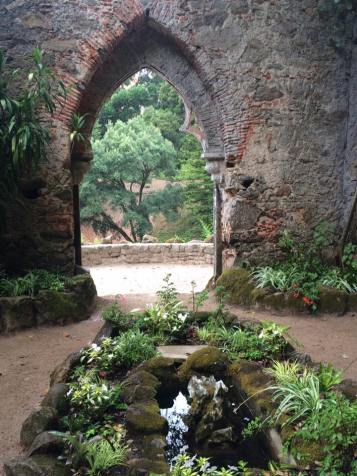 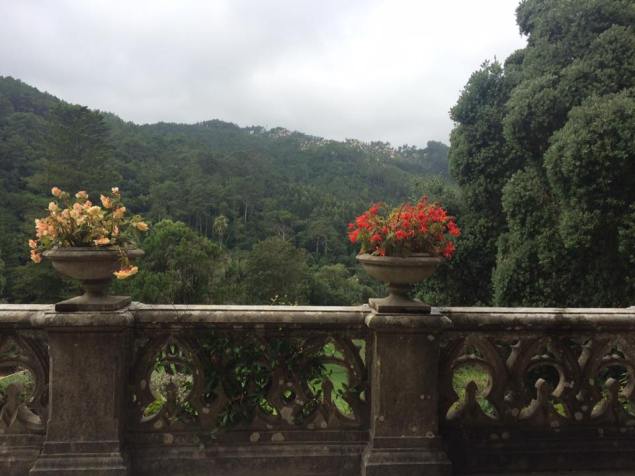 We then drove over to Cascais, a coastal town near to Sintra and Lisbon. We had a lovely drive over there, winding through the hills overlooking the beautiful forests. We had lunch overlooking the bay and found a small strip of beach to lie on for a few hours and soak up the sun. There is a lot more to Cascais than this, but we just wanted to enjoy a chilled afternoon.

We had dinner in a delightful restaurant called A Raposa, which seemed to be run by a very sweet couple. Service was a bit haphazard but the restaurant is lovely and the food was really delicious – authentic Portuguese food with a twist. We ended our stay in a really cool bar called Bar Saloon Cintra – one of the seemingly few bars there. It’s got a really cool quirky theme with vintage bits and bobs everywhere, the bar staff were brilliant and the drinks were really good. 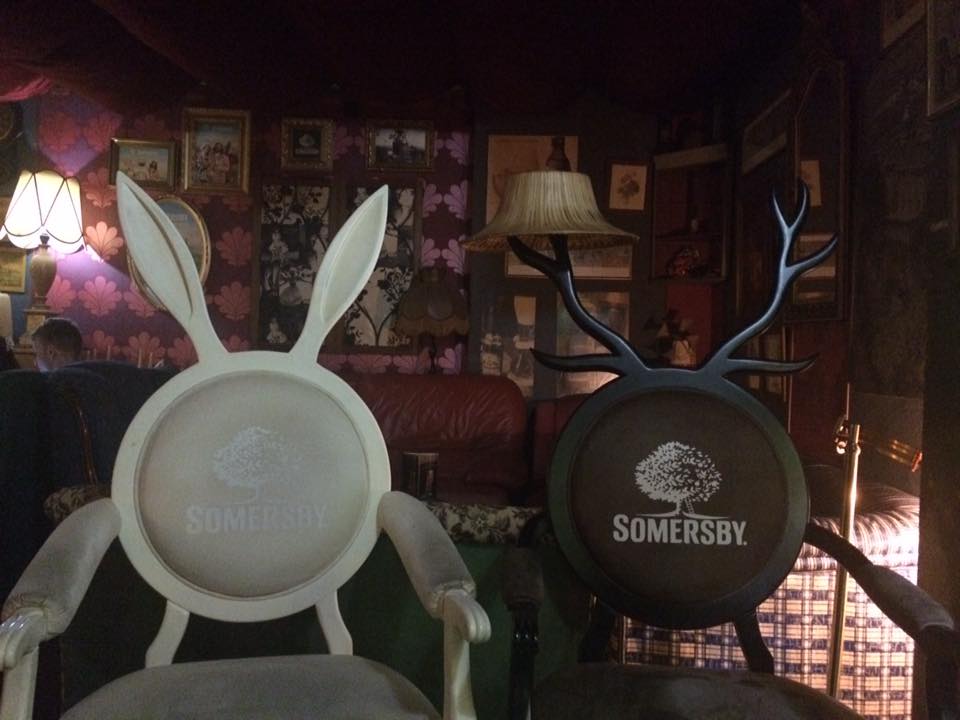 We had a wonderful time in Sintra and I would love to go back one day – it’s so beautiful and there’s so much to see. Next stop, Lisbon!